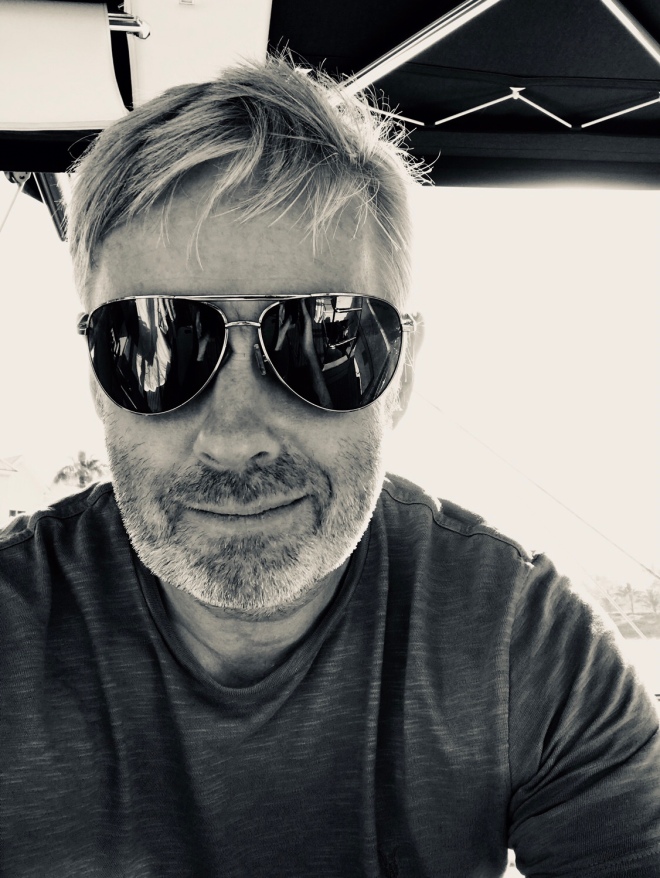 Posted on May 22, 2018November 1, 2018 by popsinflipflops Posted in Uncategorized

The flops are back on the move.

Bit fuzzy this morning after 25 straight hours awake but totally worth it.

Nassau, Bahamas is where this adventure begins. Well, I suppose it started in Edinburgh 25 hours ago where I was greeted ant the airport by the sight of Celtic’s Kieran Tierney sat opposite me, just what I needed to gently remind me of Saturday’s desperately disappointing Scottish Cup Final result.

I had woken, as always, about 60 seconds before my alarm went of – I’ve never yet had the nerve to forget the alarm altogether one day and just see if I wake up at the right time anyway, but I seem to possess an incredibly specific body clock.

Aside from a screaming kid for the last hour next to me, and a French woman whose glower suggested she may have strangled the mother in somewhere less public, the flight was uneventfully pleasant. Not so lucky were those who stayed on in Nassau to continue their journey on to Grand Cayman. The girlfriend of my host (and cousin) aboard the catamaran had, unknown to me, boarded the same plane for just the onward portion of the journey. Having experienced several aborted attempts to land in Grand Cayman, she was, by 9pm, back with us in the restaurant in the Atlantis Resort.

Not really had much time to form any opinion of Nassau. The marina sits within the Atlantis Resort so the buildings tower above us on the other side of the water. Some incredible super yachts occupy the berths either side of us, but the catamaran that is to be home for the next ten days is a thing of beauty and incredibly well appointed. What I could see on the 25 minute (silent) taxi ride from the airport was the golden sands and green/blue bays of water I expected. And a mammoth cruise ship. And I mean mammoth. The 40 or so lifeboats along its side alone looked like commercial ferries.

So its now 7am, and probably time to forget the patchwork of sleep and daze over the last 8 hours, and get up to see what help, if any, I can be to the proper sailors. We set off around 11am this morning for our first island stop. Very exciting. 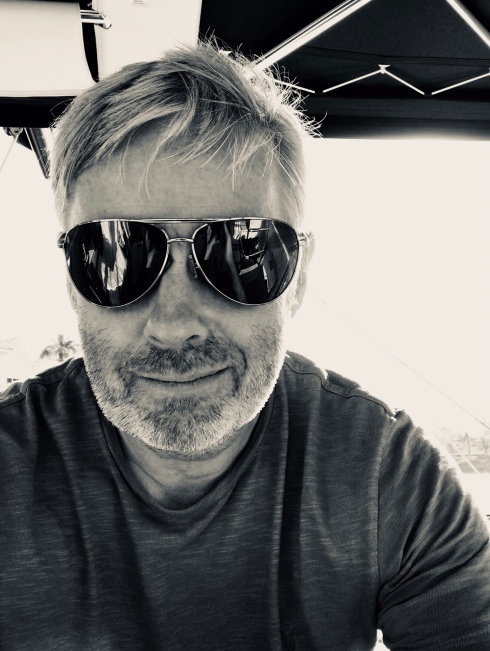 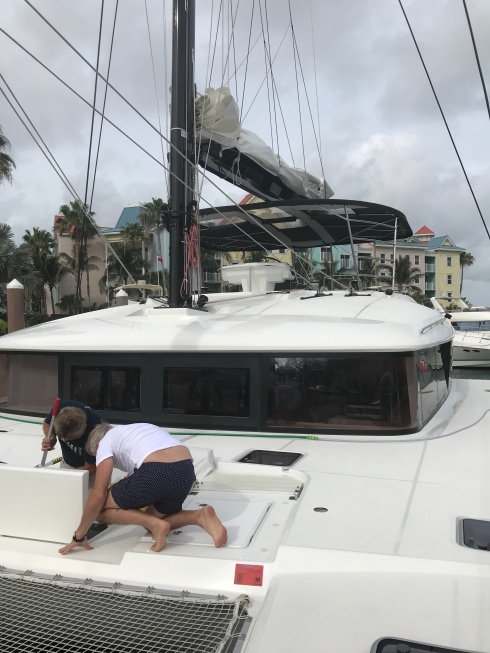 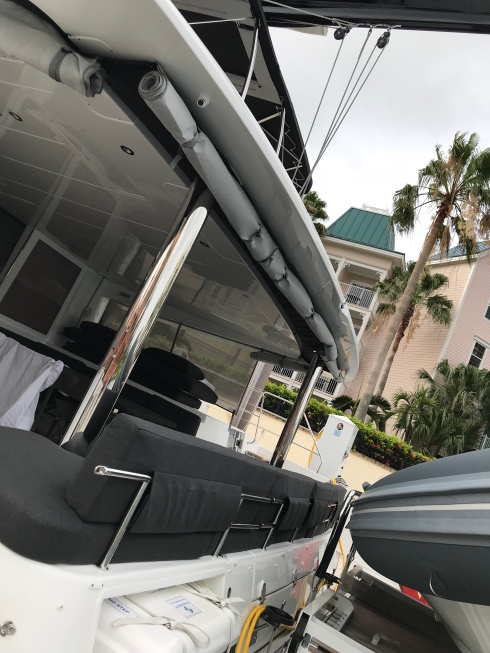 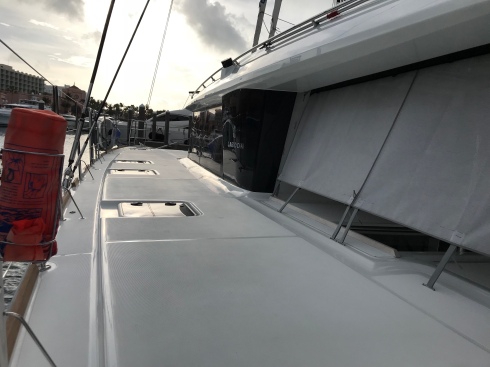 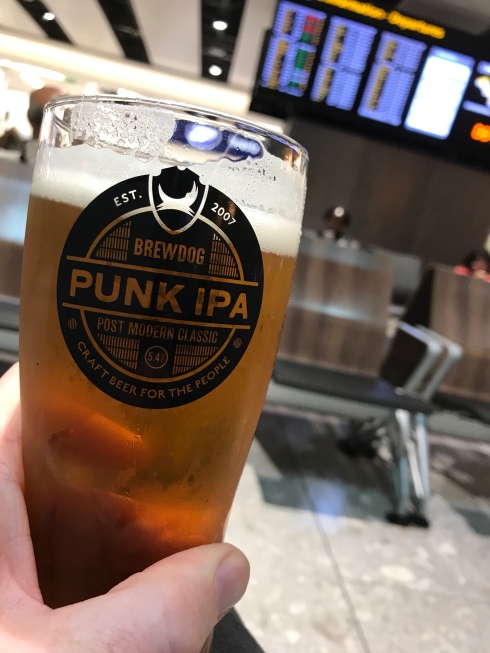